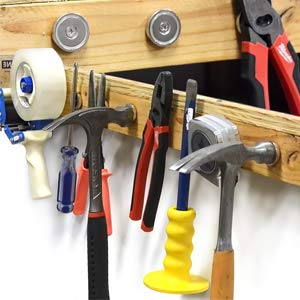 but like I said it is actually an alloy that is then magnetized.  This neodymium (NdFeB) is a permanent magnet as it cannot be turned off as in an electromagnet. It is als permanent in that it will stay magnetized forever unless it is heated above 175 degrees  F.  At that point it will very quickly lose its magnetism.  Neodymium also has a limitation in that it 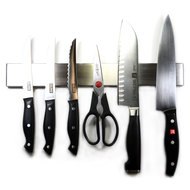 does not fare well in the weather.  In a year of being outside with normal rain, cold & heat it will crumble and disintegrate.

Fortunately there is another rare earth magnetic material which is called Samarium.  Both Samarium & Neodymium come from the same ore. If you combine the samarium with cobalt you end up with samarium-cobalt  (SmCo). Samarium cobalt is not as strong as neodymium but is a close second. It also tolerates much higher temperatures and the weather does not affect it as it does neodymium.

Neodymium strengths are listed as grades and have to do with the percentages & purity of the actual magnetizable material.  The grades run from N35 - N52 (as it stands right now).  The N35 is the low power end and even this is many times stronger than the ceramic magnets we played with as children.

Neodymium is used for everything from keeping Billy's A+ paper on the refrigerator to parts in your car.  The cell phones we carry have neodymium magnets in them.  The revolution in very small electronic devices began with the integrated circuit invented at Texas Instruments but until the super strength of a neodymium magnet came along, when a much smaller piece could do the job attempts at miniaturization  just were not as successful.