STANDARD MDFA 101 95 TEST METHOD FOR DETERMINING BREAKAWAY FORCE OF A MAGNET DISCLAIMER: This test method was developed by representative members of the Magnet Distributor and Fabricators Association (MDFA) to provide their opinion and guidance on a testing method to determine the breakaway force of a magnet. This document contains advisory information only and is published as a public service by MDFA. MDFA DISCLAIMS ALL LIABILITY OF ANY KIND FOR THE USE, APPLICATION OR ADAPTATION OF MATERIAL PUBLISHED IN THIS DOCUMENT. Magnet Distributors and Fabricators Association 11 S. LaSalle Street 0 Chicago, Illinois 60603 0 312-201-0101 Copyright 1995 by Magnet Distributors & 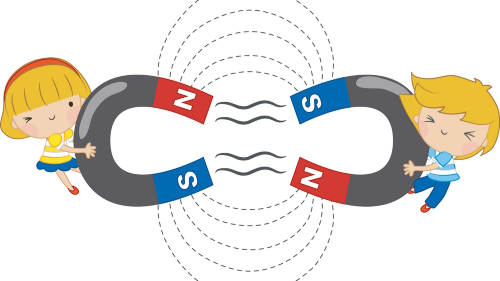 Association All Rights Reserved Contents 1.0 Scope 2.0 Terminology and Definitions 3.0 Summary of Test Method 4.0 Significance and Use 5. Apparatus 6. Hazards 7. Preparation 8. Calibration 9. Procedure 10. Calculation of Results 11. Report 12. Precision and Bias 1.0 Scope 1.1 This test method addresses the measurement of the normal force required to detach a magnet from a work load surface. This test method covers both electro and permanent magnets. 1.2 This test method may involve operations which require the use of appropriate precautions, and does not purport to address all of the safety-related matters associated with its use. It is the responsibility of the user of this standard to establish the appropriate safety practices and determine the applicability of regulatory limitations prior to use. 1.3 Units of Measure. Measured values may be recorded in pounds, kilograms, or newtons. 2.0 Terminology and Definitions 2.1 Air Gap: Any gap between the magnet-working surface and the work load surface that is occupied by a non-magnetic material. 2.2 Breakaway Force: The force required to detach a magnet from a work load surface when the force is applied normal to the work load surface and through the center of force of the magnet. In most cases, magnet designs are symmetrical, and the center of force will coincide with the center of gravity of the magnet. In a case where the magnet configura-tion is highly asymmetrical and the center of gravity does not coincide with the center of force, a preliminary test should be preformed to determine the center of force. The pulling force shall only be applied through this center of force. 2.3 Gap-Force Curve: A curve which shows the relationship of breakaway force of a magnet with a varying air gap on a common surface. 2.4 Flux Density: A term describing the number of lines of magnetic flux per unit area emanating from a magnet at a location external to the magnet. 2.5 Magnet: As referred to