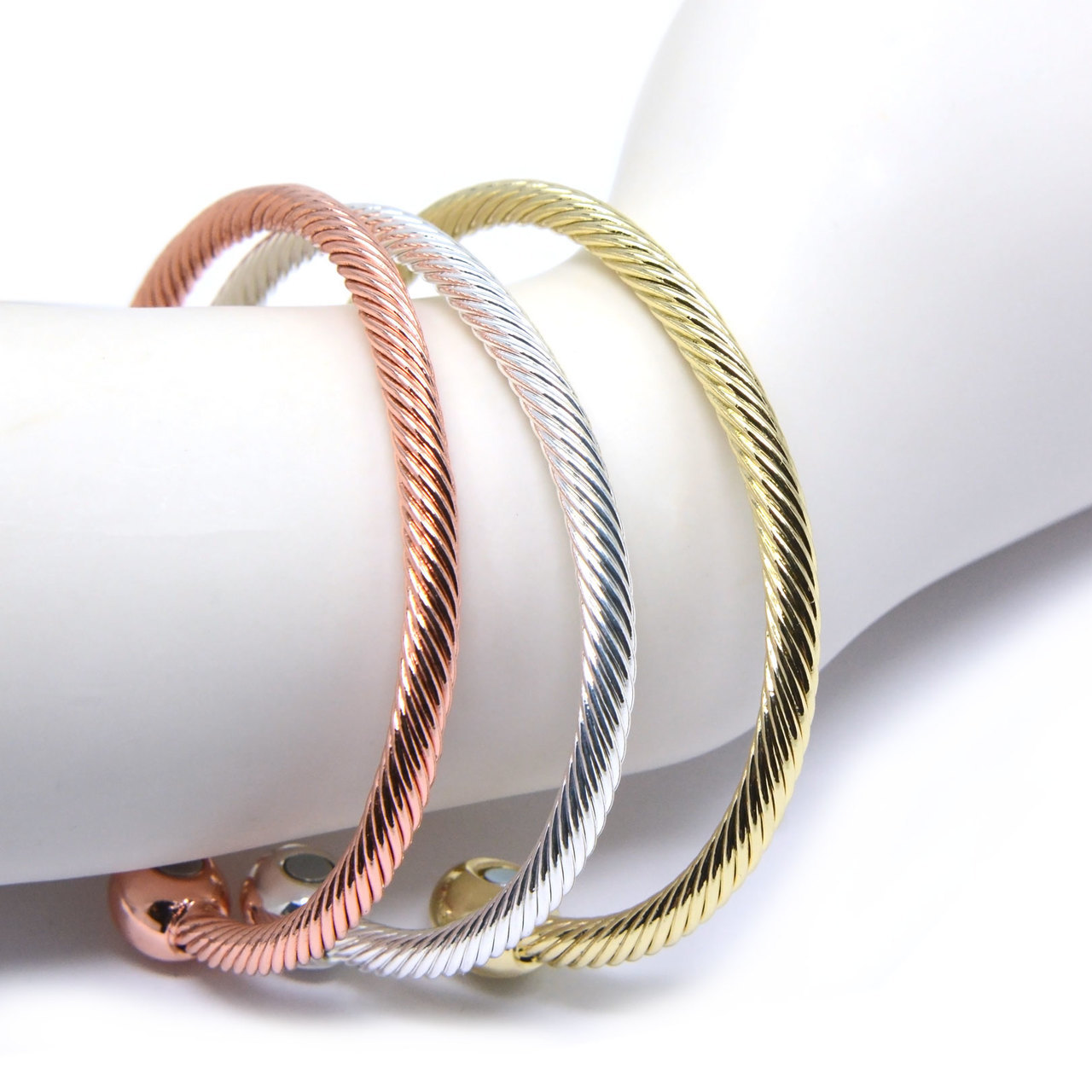 Magnetic bracelet energy is believed to be an effective method of treating diseases as well as promoting overall health. Research has shown that magnetic energy has the ability to help with improving circulation, lowering cholesterol levels, promoting weight loss, reducing stress and fatigue, and reducing the effects of aging and the development of chronic conditions like Alzheimer's disease. It is also believed to be an effective alternative to traditional medical practices that rely on drugs and medications. The benefits of magnetic energy over pharmaceuticals and medications are that strong magnets can be used anywhere and can be worn any place where magnetic energy is found, it is easier on the body, it does not have side effects and is much less expensive than other alternative medical practices.